In this tutorial, we are going to learn how to uninstall and re-install node and npm in mac os using terminal and nvm (node version manager).

To completely uninstall node and npm follow the below steps.

If the output shows command not found then you are successfully uninstalled. 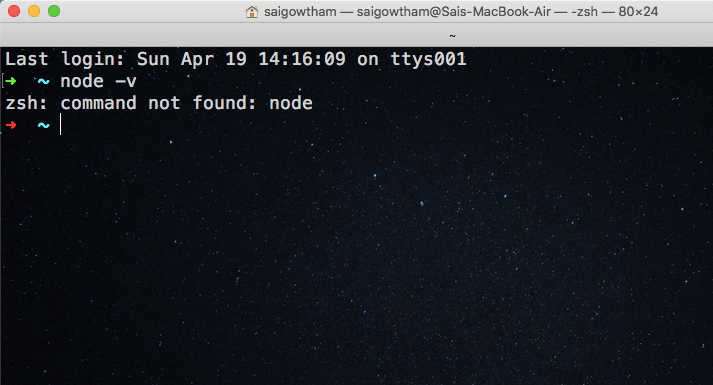 We are using the node version manager (nvm) to download and install the latest version of node.js (with npm included).

To open bashrc file in vscode use code ~/.bashrc command.

To open zshrc file in vscode use code ~/.zshrc command.

If the output shows a version number then you are successfully installed.

If you want to install a long term support (LTS) version use this command.

or a specific version.

You can also learn, How to uninstall node and npm from Windows.